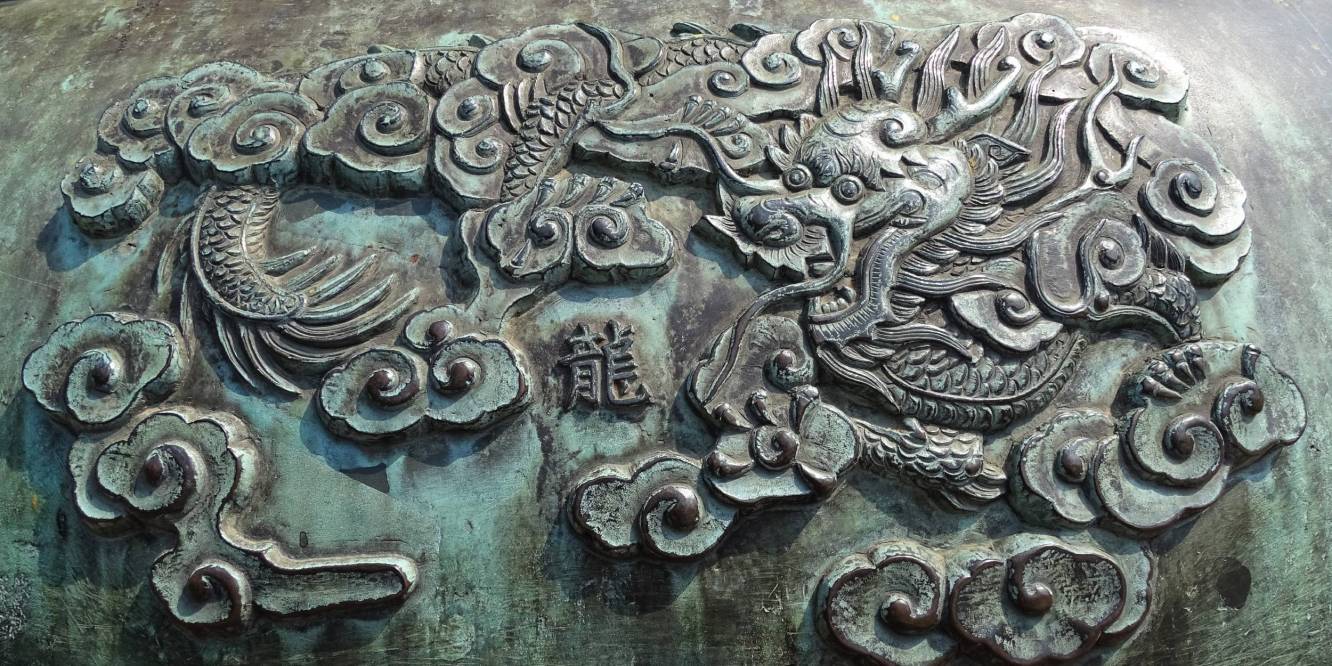 Hue’s most famous attraction is the Imperial Citadel. It would be wise to devote at least half of the day to see it thoroughly and without hurry.

A walk to the Citadel

We left in the morning, crossed the bridge on the Perfume River on foot and walked along the boulevards all the way to the Citadel. The Citadel was enormous: its external walls were 10 km long! Even more surprisingly, a large proportion of Hue inhabitants still lived within its walls.

The entrance to the Imperial City

The part which was turned into museum used to be the Imperial City protected with square fortification and a moat of 2 km by 2 km. The Purple Forbidden City at the heart of the Imperial City was reserved only for the emperor and his family.

We feared that such a famous tourist sight would be very crowded. It wasn’t exactly the case, though. The most of the tourists would take an electric car to see the Imperial City or end up walking just along its main axis. Like on many similar occasions before, moving slightly out of the beaten track allowed us to be all alone.

The Imperial City was seriously damaged during the Vietnam War and then neglected throughout the communist rule. Once the Vietnamese understood it could become a huge attraction, they started renovating and promoting it. Despite all this, many parts of the city were still half- or even completely ruined.

It was easy to get lost within the city. It was a true labyrinth, divided in numerous enclosures, hiding gardens, palaces and temples within its walls. Visiting all the nooks and crannies could take up to 6 hours.

Temples and palaces of the Imperial City

Using the experience we gained from Angkor Wat, we left the best for the end, making The Mieu temple and the neighbouring 2-tiered Hien Lam pavilion with the 9 gigantic cast iron ceremonial dynastic urns our final stops.

If you have little time, turn left before going through the main Meridian Gate. That main external avenue would take you to the most interesting part of the monuments. From there, you could go via Concubine Quarters back to the central section with the Thai Hoa and Dai Noi palaces . You could easily return to the entrance via the Meridian Gate from there.

If you have more time, you could explore also the eastern side of the complex, containing even more temples, gardens and even a theatre.

On the eastern fringes of the imperial City there is a craft centre where you could admire production of various iconic crafts. Just outside the Imperial City walls, there is a small War Museum with tanks, planes, etc. displayed in front of it.

Hue still had lots of places to see and visit, such as the Antiquities museum. We were simply too tired to carry on. After 6 hours in the Imperial City, we sat on a bench facing the river and just relaxed for a while. Around sunset, we watched from the bridge numerous tourist boats cruising the Perfume River.

How to get to Hue?

Hue has a small airport with flight connections to Hanoi, HCMC and Da Lat operated by the cheap Vietnamese airlines. The flights would be much more expensive than the train or bus, though.

Hue is also on the main train line from HCMC to Hanoi. It takes 13-15 hours to Hanoi and 20-22 hours to Ho Chi Minh City. Hard seat to Hanoi would be slightly more expensive than a bus ticket, the sleeper berth roughly twice as expensive as the sleeper bus.