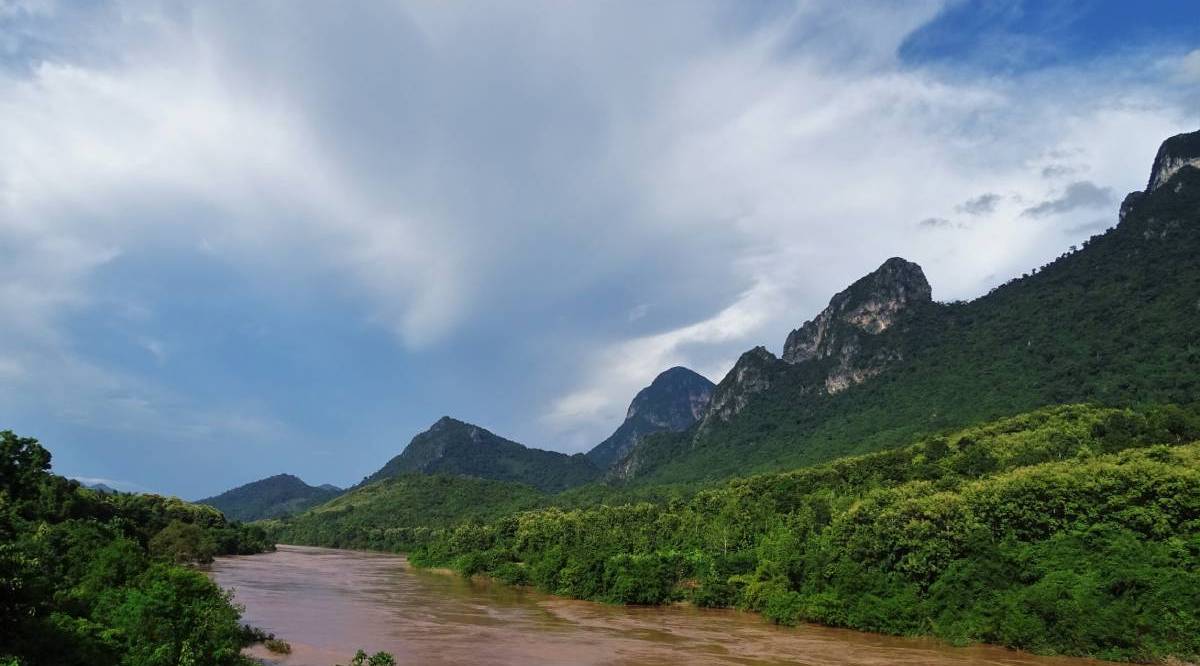 Laos is a unique country- a magical place where the time has stopped. Vast areas of wilderness are interspersed with tiny villages inhabited by various ethnic groups still following the traditional way of life. The country’s major draw is Luang Prabang, where the spirituality is almost palpable. Laos has a few more enticing destinations but if you’re searching for particular attractions, this country might not be the best choice for you.

What to see in Laos?

The greatest attraction of Laos is UNESCO- enlisted Luang Prabang, a town of hundreds of Buddhist monasteries, bustling with monks of all ages. Luang Prabang is most famous for the early morning ceremony of giving alms to the monks which is a very much part of a daily life for Laotian people. Many visitors come to Laos just to see Luang Prabang which does huge injustice to the rest of the country.

There are two more amazing UNESCO sites in Laos. Wat Phu is a 10th century Angkorian temple in southern Laos. Phonsavan is definitely worth a visit due to three separate clusters of prehistoric stone jars used for funerary rites.

If you’re interested in modern history, you might enjoy visiting Vieng Xai where the communist guerilla fighters lived in the caves, hiding from American bombings.

Laos does not disappoint in terms of truly stunning scenery either. A small town of Nong Khiaw and even tinier Muang Ngoi both lie in the dramatic gorge of Nam Ou river. Muang Ngoi village is accessible only by boat. You could travel by Nam Ou river much further, all the way to Muang Khua near the Vietnamese border. The similar, karst landscape could be found in Vang Vieng– a village on Nam Song river.

You don’t really need to search for any particular natural beauty spots. 90% of the country is a wilderness. The entire north is crisscrossed with the deep river gorges and covered with jungle-clad mountains.

The best way to explore Laos is to simply take it slow, get on a bike or hang out for a few days or weeks in the countryside. In some areas of the country, eg. around Luang Namtha, there are plenty of ethnic minorities living side by side so just by walking or cycling from one village to another, you can see huge cultural diversity.

It’s important to realise that the pricey, guided tours to the minority villages aren’t really necessary- in places like Luang Namtha or Muang Sing you can just cycle around.

It’s worth to visit local tourist information centres to get to know the dates of the indigenous markets. That’s a great opportunity to observe the trading between ethnic minority people, who normally live in remote villages up in the mountains, and the ethnic Laotians.

People and culture of Laos

People in Laos are much less business-oriented than their Thai neighbours. Apart from a grandma selling cheap hand-made jewellery or an occasional tuk-tuk driver in Luang Prabang, you’re unlikely to experience touting. In our experience, people in Laos are friendly but in a more shy and reserved way than, let’s say, the Vietnamese.

Culturally, Laotians are close to Thais which means expressing anger or any strong emotions in public is a taboo. Don’t kiss or even hold hands in public. Touching the head or pointing anything with the feet is a sign of disrespect.

Also exposing too much flesh isn’t well seen. It’s safe to stay with the knees and shoulders covered all the time but particularly so if you’re visiting a temple. Don’t forget to take off your shoes when visiting the temple and never touch a monk if you’re female.

Laos on a budget

Laos comes mid-way on a price scale in relation to its south-east Asian neighbours. Namely, it’s not as cheap as Vietnam but cheaper than Thailand and Cambodia.

The accommodation prices throughout the country are surprisingly uniform -Laos has lots of cheap guesthouses to chose from. Only the accommodation in Luang Prabang is much more expensive. However, if you’re willing to compromise on the room standard you could still find some good offers even there.

The transport won’t be an issue. Tbe bus and minivan tickets could be bought at the bus stations. The tourists and locals pay the same price, clearly written on a board at every station.

Getting in and around

The flights to Laos are scarce and expensive. There are just four airports in the whole country. The only budget connections exist between Luang Prabang or Vientiane and Bangkok or Kuala Lumpur.

Entering Laos via land border would be much cheaper than flying. There are plenty border crossings with the neighbouring countries but only a few are really convenient for tourists. You could travel from Chiang Rai in northern Thailand, crossing in Chiang Khong to north-west corner of Laos. You could also travel from northern Vietnam (Dien Bien Phu) to Muang Khua in the north-east of Laos. Another route leads from northern Cambodia via Stung Treng to the crossing in Dom Kralor in southern Laos. If you travel from Bangkok, there is now a night train to Thanalaeng station near Vientiane- the only train station in Laos.

Crossing the land border in Laos isn’t the most pleasant experience. There are plenty of bizarre extra fees above the basic visa fee and there isn’t much you can do about it if you’d like to cross swiftly and smoothly.

The main means of transportation in Laos are buses and minivans. The buses are cheap but very basic and often overcrowded. The minivans could be equally overcrowded but tend to be newer, sometimes even air-conditioned.

The alternative to road travel is taking a boat. Boats are small, narrow and rather uncomfortable on longer distances. The downside is waiting for the minimum amount of passengers to make the trip, which could take days in the low season. On the other hand, the views from the river are splendid and waterways are sometimes faster than taking a long, roundabout way by road.

Dangers when travelling in Laos

Combination of the poor infrastructure, low population and the geographical features make Laos a tricky place to travel in the wet season. The roads suffer from plenty of landslides which are not only potentially dangerous but most of all cause incessant delays. The river transport has its risks, too since the water levels are high and plenty of tree logs go down with the current.

Apart from the landslides, the biggest danger in Laos comes from the land mines. Thousands of them still litter the eastern part of the country. So long as you keep to the roads and regularly used paths, you’ll be safe. The areas marked with ‘MAG signs have been checked and cleared of the mines.

Laotian cuisine is very simple and not particularly diverse. The main culinary influence comes from northern Thailand. The most famous Laotian dish is laab/larb: marinated minced fish or meat served with sticky rice. However, khao soi- a meaty curry soup with noodles is equally popular.

Laotians, unlike their Thai and Vietnamese neighbours, don’t have the habit of eating out- local eateries don’t exist. You can only come across some ready-made food on the morning markets. Be careful about the barbecued meat sold on the markets, though, as it could come from the animals you would prefer to avoid eating.

Vegans have particularly tough time in Laos. There are just a few vegetable dishes available on morning markets but no proper vegan dishes at all. Only tourist restaurants offer vegan, tofu-based versions of Laotian dishes.